We celebrated the shipment of Domino V10 at Brunswick Zone Lowell Lanes, about a 15 minute drive from our office in Chelmsford. Remembering the lavish R5 ship party, where everyone and his/her family was flown to the Bahamas for several days, personally, I actually put this on par with or even above that. Not because I’m a good bowler, though I am not bad – okay, I won the first string with 3 consecutive strikes but ended up hurting my knees when I forgot all about the approach (it’s been a while). No, I liked it because we were together.

One of my subjects I read – until it gets too dry – is sociology. I almost minored in anthropology in college and let’s just say I just find people – humankind – fascinating. Some years ago I read Bowling Alone published 2000 and written by Robert Putnam, a statistics-based sociologist who lives only 35 miles away from me. In it, he proves beyond debate the loss in the US of something they call “social capital” and how it’s returning. That loss is devastating to both society and individuals, but its return is equally therapeutic. One fact I always remember vividly is that joining a group – I mean a bridge club or knitting group – statistically has the same positive effect on health as ceasing smoking. The title comes from the fact that more people are bowling than ever but bowling leagues have sharply declined. 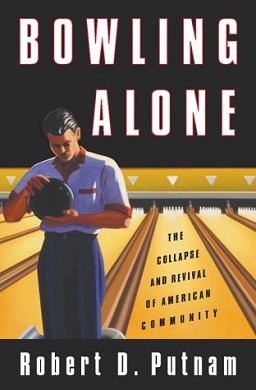 Well, Thursday afternoon we were bowling together. And it felt good. As one spends more time with a group of people one of course becomes acquainted with more and more of them. That is perhaps why I found the bowling excursion so enjoyable, for among the large group of R5 Iris folks at Paradise Island, I may have known 10. Oh yeah, my wife sprained her ankle badly too which was a bummer.

Aside for the obvious, victorious, “in your face” achievement of shipping a new, full-point version of Domino in 11 months, which has never been done before (we’re getting better at this), I like to celebrate the “soft” human attributes that shined brightly during this time, the people things that no one takes note of. So here are some of those:

I joked to Richard Jefts that we should build a bowling alley in the Chelmsford space for use when our “family” comes to visit. We laughed but he said might just take me up on it. Then you can all bowl together with us.