He came by helicopter. No one was sure where it landed, but they heard it fly in. He brought several of his direct reports and a company-wide meeting was held to announce something. IBM’s CEO then announced that he had just spent $3.5 billion to buy the 70 (!) people in the room. Well, not them, their company. Along with them came thousands of others working for the parent company Lotus, whose funds had been used to sustain the development of the product those 70 were so proud of.

Lou Gerstner told those present that he was amazed that such a small group of people could have built R3 of Lotus Notes and he pledged that he and all IBM management would stay far away from running their operation but that they would see a huge influx of capital to expand it. This meeting happened at 1 Technology Park Drive in Westford, Massachusetts, home of Iris Associates, a subsidiary of Lotus Development which was now a subsidiary of IBM. 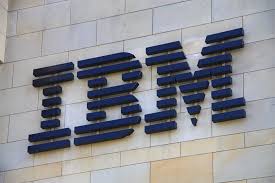 Lou kept his pledge and yours truly was hired as part of that expansion, in 1998 to aid in the final phases of R5. After it shipped, and according to some unpublished agreement and schedule, Iris ceased to exist as a company in 2001 and became part of IBM. The investment in Notes/Domino continued for several years, as IBM made their money back several fold.

I don’t want to bite too deeply the hand that fed me, but “fed” is past tense so some of that will come out in this post. I want to make plain what happened, not to practice resentment or articulate any schadenfreude; there is none. But I need to be a bit of an historian so I can really celebrate all that’s happened. And celebrate is the operative word in this blog entry.

We learned why Lou Gerstner was so impressed at the accomplishment of such a small group. In the years to follow the initial purchase of Lotus/Iris, several of the projects that we saw happening around us (and with us), were so large they could not succeed. Agile was adopted to cut the waste.  But there’s nothing new here. Such seminal accounts as the Mythical Man-Month chronicle best what software project life can be like at Big Blue.  The software that survives and even thrives is generally that which is needed to move iron and keep it operational and modern.

We saw the formation of product line city states within brand-based “nations”, first jockeying for market- and mind-share then for survival as cuts ensued. People were doing good work but it wasn’t seeing the light of day.  And, sadly, cutting is arguable one of IBM’s greatest skills.  Layoffs (sorry, “resource actions”) have project names and are carefully planned and executed. 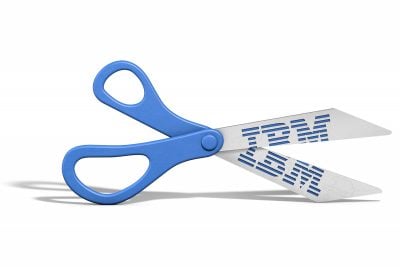 I and my surviving colleagues are grateful for being employed these years – I mean that – for permanent employment is promised nobody. And to be completely fair, the way that Notes/Domino hit the market is an unusual phenomenon.  Engineer/market visionaries may boast of their acumen after such good fortune, but the confluence of so many factors involves a degree of luck and timing out of the control of the inventor.  Many are the start-ups with seemingly workable products that for one reason or another fell short of their sales targets.  Not so Notes/Domino.

I need to say strongly that IBM is a great place to work.  In many ways.  There are great people there that I love and with whom I have loved to work.

But of course every developer wants his/her efforts to meet market success.  And the personal fulfillment that comes from that was extremely rare – in all honesty far too rare – for a number of reasons I will discuss some day under different cover.  I do presently hold out hope for Watson and the current efforts into Blockchain, I know some very good people working on those technologies.

So in stark contrast to how things began – and I do not only speak for myself – the environment became a progressively depressing, downward spiral.  Yet, many of the original Iris people nonetheless stayed around, still working on the software they knew and loved. They shifted their work to the cloud offering, SmartCloud Notes®.  Others moved on to other positions in the company.

Suddenly, in September, 2017, a pens-down, work stoppage was declared. There was complete silence by management and those affected counted the possible scenarios that could produce this first-only move of its kind. Most were very bad, but there was one good one – our business was being sold. And that one good scenario was the one that carried the day. HCL Technologies, an Indian high tech services firm, was purchasing several under-valued products from IBM with hopes to shore up the customer base and integrate them into their offerings. The Products and Platforms division (pnp for short – it’s in my e-mail address) was a reasonable rebirth of what had been IBM Software Group (SWG) so many years before under Lou Gerstner and Steve Mills.

The reaction of the engineers varied. Personally I was ecstatic, even giddy. As a friend and former Iris engineer (still at IBM) said “You guys just had your white horse come to your rescue”.

The group of people developing Notes/Domino at HCL consists of MANY of the original Iris engineers, some very talented newbies and a very motivated management team that has helped this whole venture work. And work it does and work it will.

And Lou Gerstner’s comment about the 70 people? They’re baaaack.

The software has grown greatly, which greatly spreads the efforts of those remaining, but the same spirit that started it all is alive and well. This feels like a startup even though its initial aims are to stop customer (oops, sorry Ginnie, “client”) erosion.

Watch this clip from Disney’s Hook to get full effect. It’s like that, complete with Rufio.